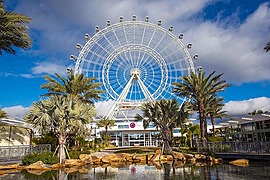 The State of Florida is the most populous of the southern states, and the second most populous Southern state after Texas. Known as the Sunshine State, Florida is one of only two states that have a tropical climate, and is the only continental state that has both a tropical climate and a coral reef. The state’s economy rests on a solid base of tourism, manufacturing, and agriculture. Florida’s economy also relies on electrical equipment and electronics, printing and publishing, transportation, food processing, and machinery. The State of Florida is also internationally known for golf, tennies, auto racing, and water sports, with several beaches boasting turquoise and emerald-colored coastal waters.