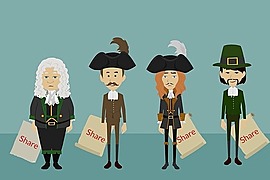 The death of Louis XIV left France in a state of bankruptcy. In 1716, John Law, a financial theorist and an infamous gambler, presented the new regent with a system which would recover France’s prosperity and reform her monetary and fiscal systems. Law claimed it was the erratic supply of gold and silver decelerating the economy. He reasoned that by switching to paper, more currency could be issued and trade would speed up. He established a bank that took deposits in coin but issued loans and withdrawals in paper. The bank accumulated its reserves through a stock issue and also made a good profit by handling the government's finance needs. Law expanded by acquiring the Mississippi Company. The company held a government-backed monopoly over trading with French Louisiana. Under Law's control , the company's charters grew to include tax collection and all trade outside of Europe. The stock price spiked and the amount of cash needed to buy Mississippi shares meant more money had to be printed. Unfortunately, people sought gold and silver when they took profits. Law capped redemption in gold and silver to avoid depleting his reserves. This removed France's paper currency from the gold and silver standard and put it on the Mississippi Company share price standard. The amount of paper currency afloat was now many times the actual reserves of gold and silver and hyperinflation arise. Realizing the share price was immensely overestimating the gold in the French colonies, Law tried a controlled slowdown. He depreciated the currency and the shares by half, but the act triggered a selling turmoil that drove the share price down dramatically. The paper currency has become futile again.

More about The Mississippi Bubble