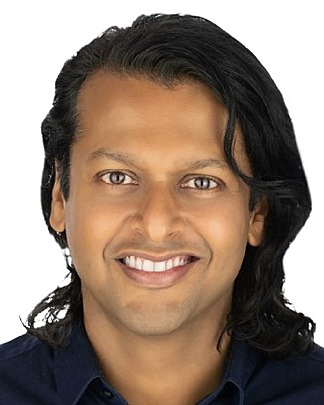 Hrish Lotlikar is the Co-founder and Chief Executive Officer of SuperWorld, one of the most dynamic global augmented reality platforms in the space. SuperWorld is a virtual world in AR that has been digitally mapped over the entire surface of Planet Earth. As Co-founder and CEO of SuperWorld, he connects with the user community, brands and influencers that would like to create, discover, monetize and own their virtual world. His background spans technology & entertainment, venture capital, investment banking and management consulting, with his career spanning on Wall Street, Silicon Valley and Hollywood with many years spent living and working internationally. Prior to SuperWorld, Hrish was a Co-founder of The Rogue Initiative, a Hollywood film, TV, VR and gaming production studio. Previously, he was Senior Business Developer and Global Evangelist at Toptal, where he provided elite talent to companies around the world. He was also a Founding Managing Partner of EastLabs, a leading seed-stage venture capital fund based in Ukraine.

Hrish Lotlikar is the author of