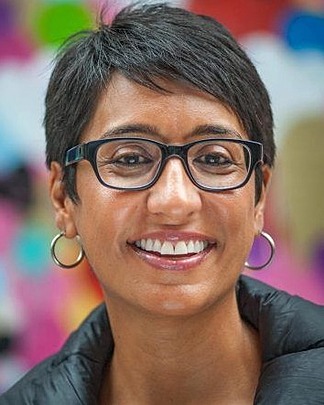 Irshad Manji is a globally acclaimed educator, New York Times bestselling author, and advocate of a reformist interpretation on Islam. Irshad is the Founder of Moral Courage Project at New York University’s school of public service, a network of organizations which equip people to engage productively about polarizing issues. With over 15 years of research, writing, and teaching, she has innovated the Moral Courage Method of communicating across divides. Her courses are focused on how "to make values-driven decisions for the sake of their integrity – professional and personal". Irshad is one of the world’s most recognized authorities on Islam and it’s roles and influence in the world today. She is the author of The Trouble with Islam Today: A Muslim’s Call for Reform in her Faith, which has been published in more than thirty countries, including Pakistan, India, Lebanon, and Afghanistan. She also founded Project Ijtihad, which aims to popularize Islam’s tradition of critical thinking and unites Muslim reformers and non-Muslim allies. In addition, she is the creator of the Emmy-nominated PBS documentary Faith Without Fear. She has also appeared on television networks around the world, including Al Jazeera, the CBC, BBC, MSNBC, C-SPAN, CNN, PBS, the Fox News Channel, CBS, and HBO.

Irshad Manji is the author of