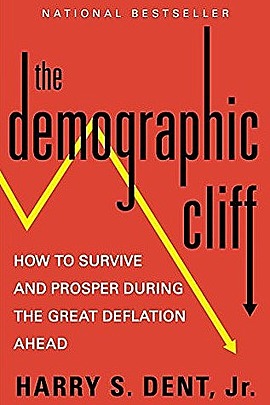 Financial guru Harry Dent shows why the economy is facing a great deflation after five years of desperate stimulus and what to do to survive it. In the span of his career as an economic forecaster, Dent has relied on demographics. Observing the obvious things people do as they grow older is the ultimate mechanism for understanding trends. Harry shows that if you devote to understand demographic data and use it to your advantage, surviving the most challenging years isn't all that difficult.

More about The Demographic Cliff 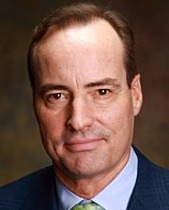 “I have worked in the highest level of U.S. politics and see a disaster in the making as the government employs endless stimulus plans and bailouts that destroy the very free market capitalistic system that has made it the richest major country in the world. Harry Dent adds the reality of aging societies and slowing demographic trends to show why such reckless debt-driven policies are certain to fail.”

— David Stockman, author of The Great Deformation: The Corruption of Capitalism in America

“Whether you know it or not, you are careening toward a demographic cliff. With this riveting book, esteemed economic forecaster and visionary Harry Dent has produced a must read for the next decade and beyond. It will keep you flying high while the rest of the world tumbles blindly through the turbulence.”

— George Gilder, author of Knowledge and Power, Wealth and Poverty, Microcosm, and Telecosm

“Harry Dent has drawn on his unique approach to demographic forecasting as a speaker at my events for twenty years. Over the last three decades, he has accurately predicted the 1990s surging markets, Japan’s twenty-year economic tailspin, and the U.S. market peak in 2007. His ability to help people understand, in simple terms, some of the most important forces that have helped shape our economy is invaluable. Read this book and find out what impact Harry believes demographics will have on our economy in the coming years.”

“In Endgame I outlined the global debt that makes a financial crisis inevitable. Harry Dent goes further and shows how a succession of demographic slowdowns following Japan and the United States will make the endless government stimulus plans doomed to fail. He even shows that real estate will not be the same again with rising sellers versus buyers. This is a must-read book for prospering in the debt crisis ahead.”

— John Mauldin, author of Code Red, chairman of Mauldin Economics, and editor of Thoughts from the Frontline and Outside the Box